With the fantastic weather we’re experiencing at the moment and the abundance of beautiful Spring flowers it would be rude not to get out and take a walk in the mountains! One of the features of the dramatic mountains that surround us is the limestone which means there are some great cave systems around, and it was with this in mind that we headed off on a 9km hike to explore the Gasseltropfstein Hoehle which is a show cave with a magnificent display of nature’s sculptures.

The walk starts of gently enough right from the front door of the Rosenhof, and takes in the majestic might of the mountains surrounding us including the Traunstein from afar, alongside the “nose” and peak of the Erlakogel before heading into a forest track, most of which runs parallel to a mountain stream.

Before long we’re within earshot of the roar of water sounding from the small waterfall near Rindbach. It is from here on that the path then ascends, and all along the sound of rushing water accompanies us until an hour or so later we reach the Gassel Hütte for a well deserved radler. After topping up our energy levels with a Kaiserschmarrn (a type of pancake that translates to the “Emperor’s nonsense”) whilst taking in the superb scenery we head on into the cave for a guided tour and are surprised by the sheer size of the cave – how is all the weight in the mountain above supported!? There are some super displays of stalactites and stalacmites with an impressive grand finale which our photos cannot do justice to. 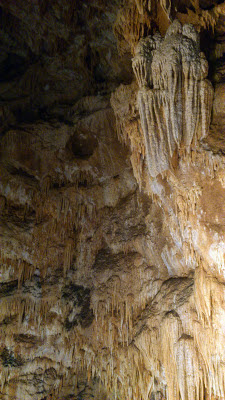 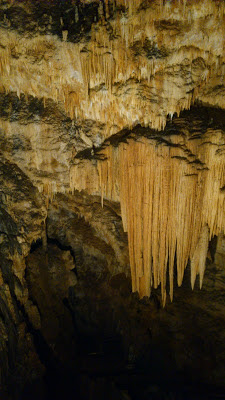 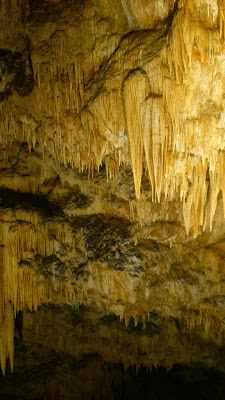 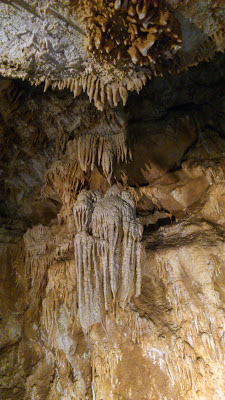 Having experienced the beauty of the limestone formations it was time to tackle the final kilometre to the top of the Gassel mountain peak, and after a short scramble we were treated to some stunning views of the deepest lake in Austria, Traunsee, and a much closer view of one of the most distinctive mountains of the Salzkammergut, the Traunstein. 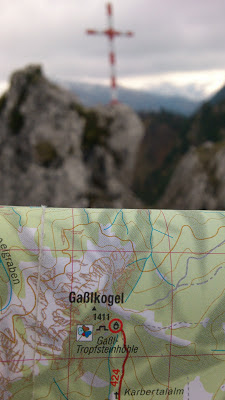 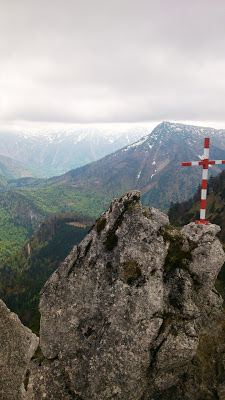 It was a great day hiking in our local mountains and despite the clouds, the rain held off and it added to the drama in the end! If you like the sound of our day and would like to know more or come and try the walk out for yourself as part of our fantastic walking holiday then please check out our website, or send us an e-mail!