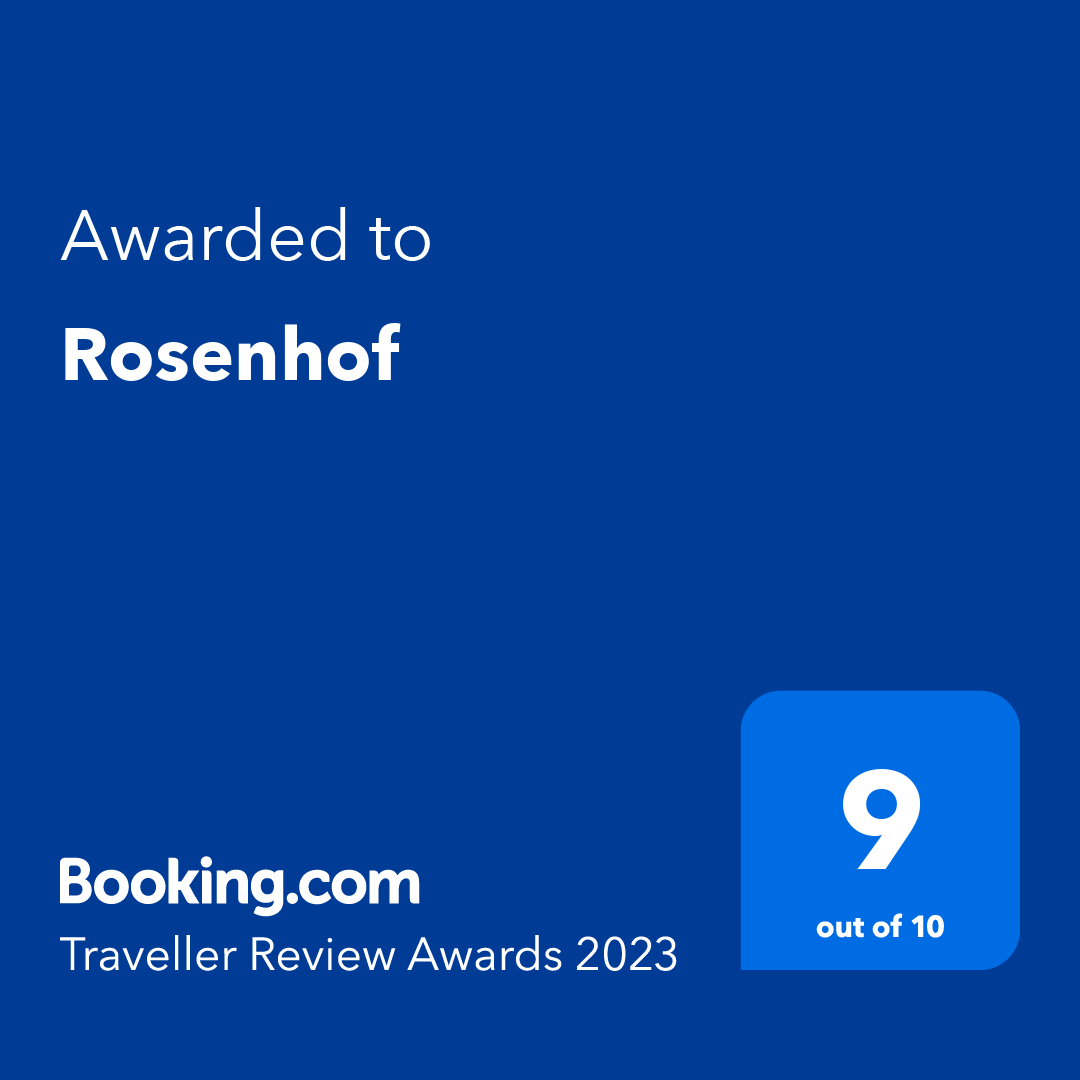 Spring is in the air which means some beautiful weather can be experienced to enjoy all the fresh growth of flowers and foliage that is bountiful at this time of year. It also means there can be plenty of water, aka rain, to feed all this growth! It was on a day when rain was expected that we set off for the Soleweg between Bad Ischl and Hallstatt. Leaving the Rosenhof, it was a quick walk to the train station which would take us into the centre of Bad Ischl where we wanted to start the walk. There is also another section of the Soleweg between Ebensee and Bad Ischl but this is another 18km which we saved for another day. 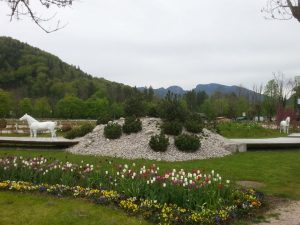 Historically, the Soleweg is an important route which follows the oldest pipeline in the world, transporting salt brine between Hallstatt, where the mine is located, to Ebensee where the brine is processed. As the path is mostly downhill from Hallstatt those who want to save their legs could make the walk easier by starting in Hallstatt, however, the view onto the lake is a rewarding sight for those starting from Bad Ischl.

From Bad Ischl train station we found there were a lack of signs for the Soleweg but it was easy to walk into the town centre and find the delightful Esplanade which is next to the river Traun, where a quick cake stop could be made at Zauner if you need some fuel! The walk then passes through the newly renovated Sisi park, past the riding school and onto the Kaiser Jagstand – a statue depicting a hunting scene with Franz Josef. Nearby the signs for the Soleweg start and the path winds its way along the valley, mostly through light forest and occassionally passing near the towns of Lauffen, Bad Goisern and St. Agatha before reaching Hallstatt, with only a small but steady climb. Along the way are information boards in German and small museums, all with interesting information on the pipe line or customs local to the area. Towards Hallstatt the signs are made available in English too and concentrate on the history and importance of the mining itself.

This section of the Soleweg walk is about 20km and is an accessible route for all except for those who suffer from vertigo due to the dramatic bridge over the valley up to the village of Gosau and sheer cliffs at various points of the path. It is a good route even when the weather is wet due to the cover provided by the forest and if you need to abandon it if the weather really sets in or you simply want a break, you are never too far from public transport, except on the 6km path that is near Hallstatt lake and Hallstatt village. 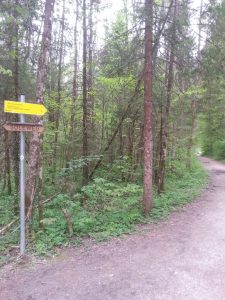 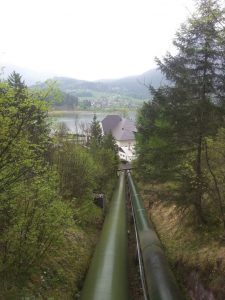 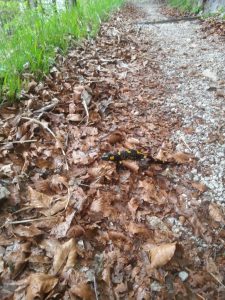 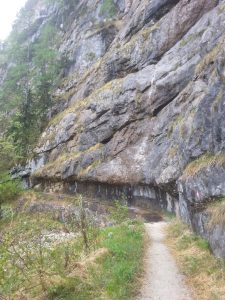 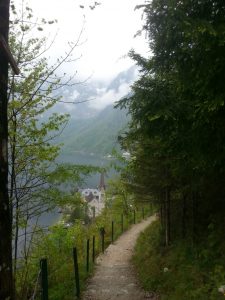 Hallstatt village appears from the Soleweg. 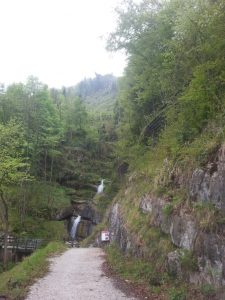 Waterfall that runs through Hallstatt village. 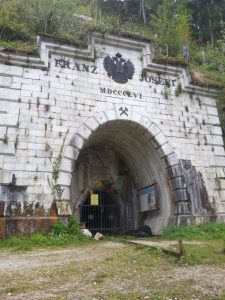 The Franz Josef entrance to one of the salt mines at Hallstatt. 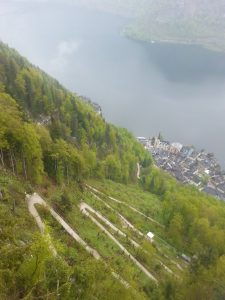 The winding path up to the tourist salt mine from Hallstatt village is pretty, informative and spectacular, even when covered with cloud!